I wrote a very long and chatty post that I was going to, well, post today, but my friend Kara tweeted a link to this excellent article on Consumer Reports about how to help victims of Hurricane Harvey, and I wanted to give it a boost. Only it turned into a whole post.

You can skip to the linky bits at the bottom if you want.

Some people this week have asked how I’m faring, but Texas is really really big and I’m far away from Houston. But I lived in South Texas for a long time. I went to church and did my grocery shopping in Rockport. The pictures out of there made my heart hurt. They’ve been eclipsed by the utter devastation in Houston, but it doesn’t lessen the impact of the damage on the lives of people in Rockport, Port Aransas, Port Lavaca and Corpus Christi. 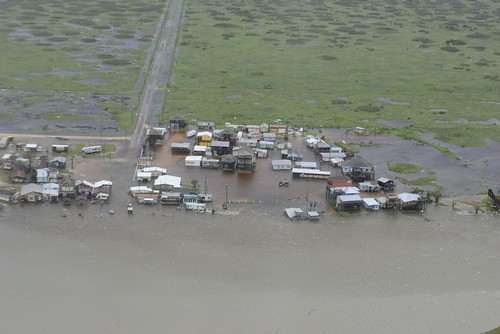 While living down there, we had one near-miss hurricane and one that did major damage to the house. But nothing was lost that couldn’t be replaced. I look at these pictures and think, I can’t honestly compare anything in my life to this. It’s like your friend breaks her arm and you’re like, “Yeah, this one time I broke my pinky finger.”

But when I recall my small-but-still-major-to-me hurricane, I just know how lucky we were to have family who rushed down to help, to be able to drive (once the water went down) to the town over and get a shower and a Whataburger.

I can’t even imagine what it would be like to leave on a raft, or airlifted out, with just the clothes you’re wearing. So many people–and it’s always the people with the least resources, by which I mean money–have lost literally everything. They will be rebuilding their lives, but for no, they are dependent on the kindness of strangers. That’s a whole different kind of terrifying than rising flood waters.**

Let’s talk about the Coast Guard, the National Guard, and Air Guards from all different states who have been working their butts off. You can click here to go to the Coast Guard’s pictures of the Hurricane Harvey Response. Check it out. Bring Kleenex.

Not to mention all those amazing pictures of volunteers and just, you know, ordinary people going out with boats and jet skis and canoes and rescuing people and dogs and horses and women in labor. I’m getting verklempt thinking about it.

Like I said on Twitter this week. I still believe that individuals are, overall, much more good than bad. And sometimes human beings are pretty good in groups, too.

So, what can you do?

If you, like me, want your money to go as far as possible. I don’t want to repeat everything Consumer Reports (or this other very useful article by the New York Times) said, but here’s some cherry picked info and links.

How to best help the victims of Hurricane Harvey, the money part:

How to best help the victims of Hurricane Harvey, the non-money part:

I totally did not mean to plagiarize paraphrase that whole article. But at least here you got my commentary. So, you’re welcome?

Houston underwater is a huge hairy big deal. Meanwhile, the world will keep turning, North Korea will keep poking East Asia with a stick, and the president will keep saying tone-deaf nonsense. But if ever there was a time to just chill the heck out and be nice to everyone, this is it.

1 thought on “Annotated Guide to Helping After Hurricane Harvey”