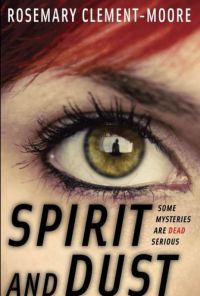 Daisy Goodnight can speak to the dead. It’s not the result of a head injury or some near-death experience. She was just born that way. And she’s really good at it. Good enough to help the police solve the occasional homicide.

But helping the local authorities clear cold cases is one thing. Being whisked out of chemistry class by the FBI and flown to the scene of a murder/kidnapping in Minnesota? That’s the real deal.

Before the promotion can go to Daisy’s head, she’s up to her neck in trouble. The spirits are talking, and they’re terrified. There’s a real living girl in danger.

And when Daisy is kidnapped by a crime boss with no scruples about using magic—and Daisy—to get what he wants, it looks like hers is the next soul on the line.

Amy Goodnight’s family is far from normal. She comes from a line of witches but tries her best to stay far outside the family business. Her summer gig? Ranch-sitting for her aunt with her wacky but beautiful sister. Only the Goodnight Ranch is even less normal than it normally is. Bodies are being discovered, a ghost is on the prowl, and everywhere she turns, the hot neighbor cowboy is on her case. 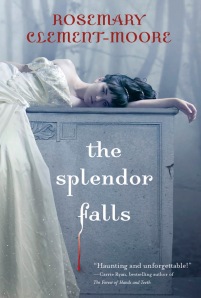 Can love last beyond the grave?

Sylvie Davis is a ballerina who can’t dance. A broken leg ended her career, but Sylvie’s pain runs deeper. What broke her heart was her father’s death, and what’s breaking her spirit is her mother’s remarriage—a union that’s only driven an even deeper wedge into their already tenuous relationship.

Uprooting her from her Manhattan apartment and shipping her to Alabama is her mother’s solution for Sylvie’s unhappiness. Her father’s cousin is restoring a family home in a town rich with her family’s history. And that’s where things start to get shady. As it turns out, her family has a lot more history than Sylvie ever knew. More unnerving, though, are the two guys that she can’t stop thinking about. Shawn Maddox, the resident golden boy, seems to be perfect in every way. But Rhys—a handsome, mysterious foreign guest of her cousin’s—has a hold on her that she doesn’t quite understand.

Then she starts seeing things. Sylvie’s lost nearly everything—is she starting to lose her mind as well?

Maggie Quinn, Girl reporter. Honors student, newspaper staffer, yearbook photographer. Six weeks from graduation and all she wants to do is get out of Avalon High in one piece. Fate seems to have different plans for her.

High school may be a natural breeding ground for evil, but the scent of fire and brimstone is still a little out of the ordinary. It’s the distinct smell of sulfur that makes Maggie suspect that something’s a bit off. And when real Twilight Zone stuff starts happening to the school’s ruling clique—the athletic elite and the head cheerleader and her minions, all of whom happen to be named Jessica—Maggie realizes it’s up to her to get in touch with her inner Nancy Drew and ferret out who unleashed the ancient evil before all hell breaks loose.

Maggie has always suspected that prom is the work of the devil, but it looks like her attendance will be mandatory. Sometimes a girl’s got to do some pretty undesirable things if she wants to save her town from soul-crushing demons from hell and the cheerleading squad.

Maggie Quinn is determined to make her mark as a journalist. The only problem? The Ranger Report does not take freshmen on staff.

Rules are rules. But when has that ever stopped Maggie?

After facing hellfire, infiltrating sorority rush should be easy. It’s no Woodward and Bernstein, but going undercover as the Phantom Pledge will allow her to write her exposé. Then she can make a stealth exit before initiation. But when she finds a group of girls who are after way more than “sisterhood,” all her instincts say there’s something rotten on Greek Row. And when Hell Week rolls around, there may be no turning back.

If there is such a thing as a sorority from hell, you can bet that Maggie Quinn will be the one to stumble into it.

Maggie Quinn was expecting to find plenty of trouble with Lisa over Spring Break. Give a girl a bikini, a beachfront hotel, and an absent boyfriend, and it’s as good as a road map to the dark side. But Maggie doesn’t have to go looking for trouble. Trouble has started looking for her. One dead cow and a punctured gas tank later, she and Lisa are stuck in

Dulcina, Texas—a town so small that it has an owner. And lately life in this small town hasn’t been all that peaceful. An eerie predator is stalking the ranchland.

Everyone in town has a theory, but not even Maggie’s psychic mojo can provide any answers. And the longer the girls are stranded, the more obvious it becomes that something is seriously wrong. Only no one—not even Maggie’s closest ally—wants to admit that they could have been forced on a detour down the highway to hell.

Slinking down the streets, hiding in the shadows, always lurking just out of sight, evil follows Maggie Quinn. It’s no ordinary, everyday evil, either—it’s Evil with a capital E, and whatever’s behind it, it clearly wants Maggie.

But Maggie isn’t the type of girl to go down without a fight. She has a few powerful tricks up her sleeve, not to mention a best friend who’s a witch, and she’s declaring open season on demons.

Brimstone is the compilation of Prom Dates from Hell and Hell Week.